Do you Know the Story Behind these 16 Huge Murals in Shipshewana, Indiana?

In the summer of 2014, a group of highly-skilled sign painters and mural artists from all over the globe called the "Walldogs," descended upon Shipshewana to paint murals all over town.

The "Walldogs," painted murals all over town, both downtown and all along Route 5.

Each mural is absolutely gorgeous, and each one has a meaning behind it! Check out the list below to learn more about where you can find the amazing paintings and what their story is.

Check out the blog My Amish Indiana for more complete histories behind each individual painting!

This mural was dedicated to the most important man in the town of Shipshewana's history. Hezekiah Davis moved to Lagrange when he was just a young boy, and his impact on the community was felt not long after. In 1888, he founded the town of Shipshewana. Without Mr. Davis's influence, who knows where our town would be.

Miles & Willard Bennett were a father-son duo that shod horses for locals from 1902 - 1954. While there are no actual blacksmith shops in Shipshewana today, there are many local men that provide the service & carry on the Bennett spirit.

What now stands as the Davis Mercantile originally served as a beautiful hotel. The hotel burned down in 2004 and was replaced by the new Mercantile.

Willard Francis Heminger was the owner of a mechanic shop in the area. His love for cars was expressed through the countless hours that he worked at his garage.

This mural is a simple dedication to the Amish of our area. The Amish first settled in Shipshewana in 1841 (as displayed on the mural), mostly from Somerset County, Pennsylvania.  (These were the “Dutch Amish” who had come to Pennsylvania from Europe in the 1700s to escape persecution, and then moved westward into Ohio and then Indiana in the early 1800s.) Since they came to the area, the Amish culture has filled the area with strong values pe rtaining to family & religion.

This mural is the only Walldog painting found inside at Shipshewana Event Center. It depicts Hudson Automobiles, Eldon Hostetler, when he was a young Amish boy began collecting these beauties in what was likely one of the largest incredible life collections of Automobiles which were located here in Shipshewana until 2018. That young Amish boy (Eldon Hostetler) grew up to become the famous inventor, and passed away in January of 2016.

This mural odes to the Klondike Saw Mill, founded in 1864. The original mill was steam-powered & looked "something like an old locomotive".  Supposedly, the sawmill was first located south of where Shipshewana now stands, but the Farver brothers (Jonathan and William) moved their business into town when the railroad came (in the 1880s), and the new railroad built a switch line back to the mill.  Their lumberyard and sawmill were located on the east side of town (the section founded by Hezekiah Davis), where the town park is today.

This mural on Fork's County Line Store, depicts Mahlon Y. Miller, who originally worked as a clerk in the general store of J.E. Sunthimer. Eventually (sometime between 1920 & 1925), Mahlon opened his own general store. Although he had help from his wife, Mahlon invested nearly all of his time to his store. His work ethic exemplifies the kind of hard work that the people of Shipshewana put into what they believe in.

This walldog is on the north side of the Farmstead Event Pavilion. Lester William Pletcher, along with his wife Irma, founded Pletcher's Pacing Acres in 1935. Lester reportedly raced many top horses all throughout the midwest. He was admitted into the Harness Horse Hall of Fame in Indiana & Illinois.

Originally, Shipshewana mail was delivered by bikers. By 1915, these mail carriers were delivering mail via early model cars.

Wesley Reifsnider was the owner of a high quality Harness Store in the early days of Shipshewana. He set very fair prices & specialized in making custom, handmade leather for both horse & rider. He was very well-respected among the people of Shipshewana during his time.

The Shipshewana Indians were a baseball team formed in 1906 from all local players by an Elkhart businessman named H.E. Bucklen. Mr. Bucklen constructed a resort near Shipshewana Lake which included a baseball field and stands. The team played their games on Sunday afternoons & drew fans from all over Northern Indiana and Southern Michigan, who would take the train to see the games. It is unknown exactly when the Shipshewana Indians stopped playing, although it is speculated that World War 1 and the closing of the St. Joseph Valley Line led to the disapation of the team.

Hewlitt Davis, son of Shipshewana founder Hezekiah Davis, was President of the original Farmers State Bank of Shipshewana. His partner was Levi Miller, whom served as the lead cashier at the bank.

This walldog actually has a mini biography painted into it! It reads, “Edward A Wolfe was born January 20th, 1890 on an 85 acre farm at CR675 & SR120.  Ed was the youngest of 7 children and died 80 years later, after achieving much during his lifetime.  He was a strong backbone in the community with his grain elevator business (now Hubbard Milling), served as the Bank President of the Shipshewana State Bank for 25 years, and served as an Indiana State Senator.”

This mural on the side of the Wolfe Building pays tribute to Joseph E. Sunthimer (as previously mentioned in this post). He was the owner of his own general store. He sold dry goods, clothing, boots, shoes, hats, caps, queensware, and groceries. Queensware, according to Wikipedia and also called Creamware, was “a type of fine, cream-colored Wedgwood pottery developed in the mid-18th century and named in honor of Queen Charlotte (wife of George III), who had been presented with a set in 1765.” 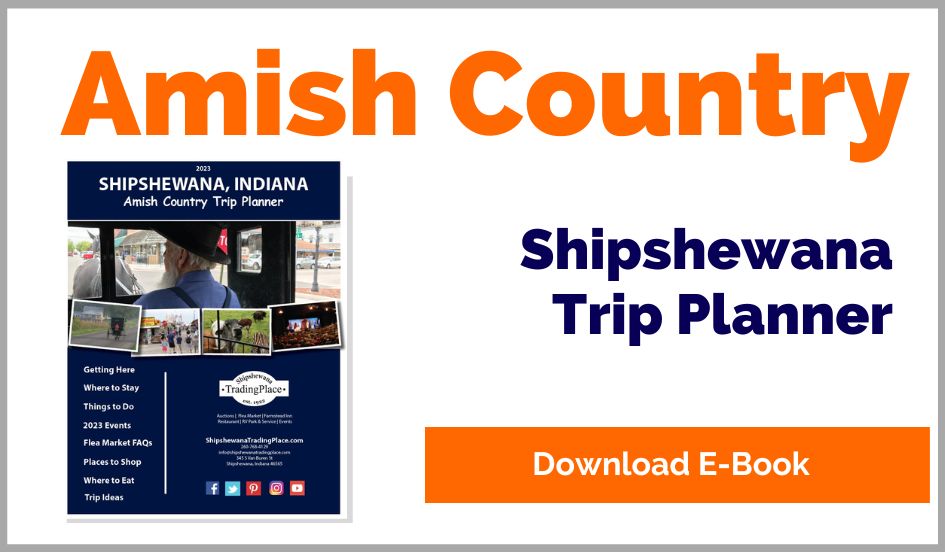 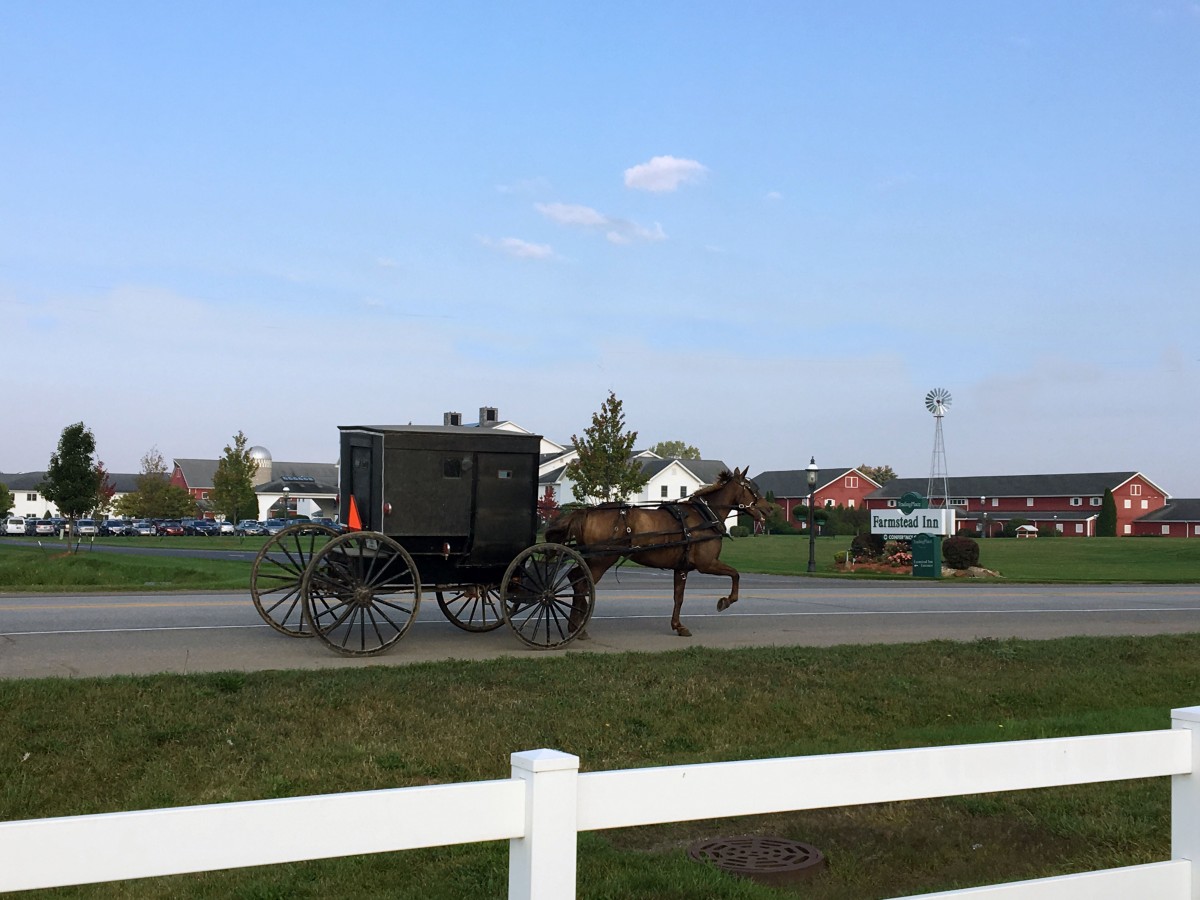 Enjoy Shipshewana's best attractions, including shopping at the Midwest's Largest Flea Market, catching a musical at the Blue Gate Theatre, or eating a home-cooked Amish meal. (All group-friendly!) You'll find enough to fill more than a day exploring Amish Country Indiana when planning your next visit to Shipshewana, IN. ... READ MORE

- Shipshewana Travel - Shopping - Things to Do 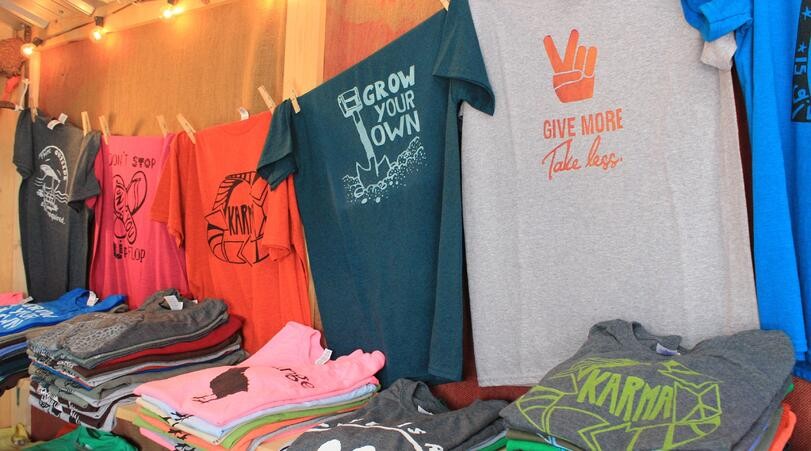 Learn 8 simple booth display tips from Shipshewana Flea Market vendors that can make your selling a success in the world of selling at flea markets and shows. We have taken 8 of the most common proven strategies from flea market veterans to share with vendors just getting started or who have been selling and just need some new ideas. ... READ MORE 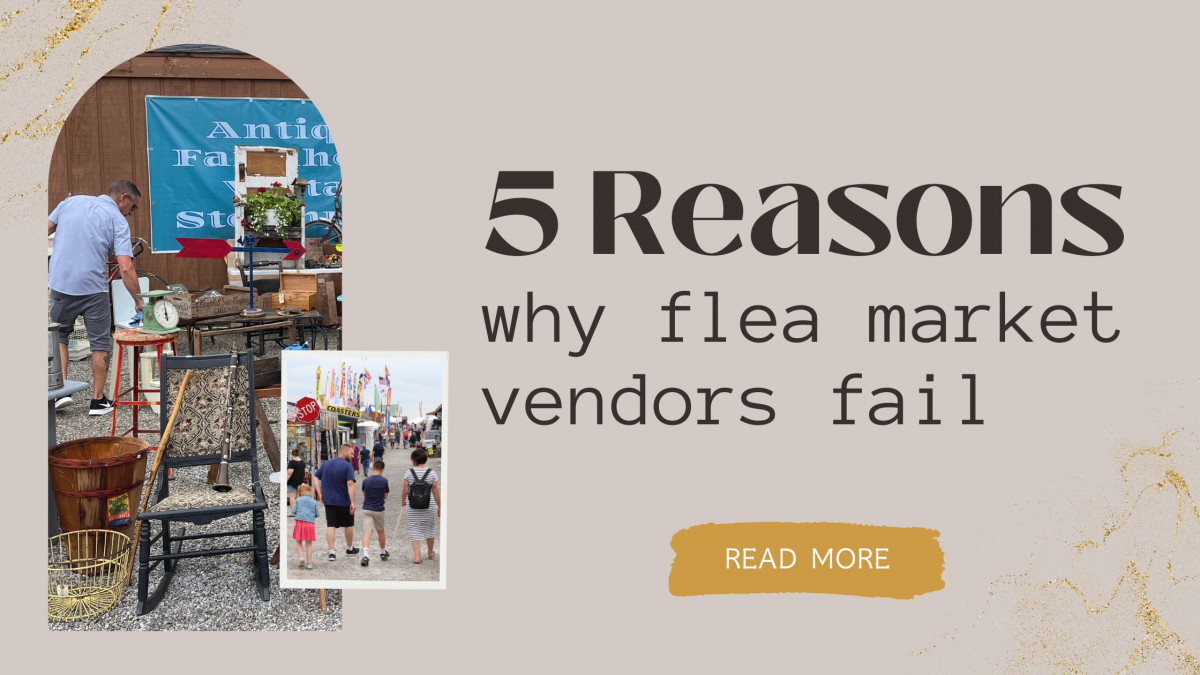 New vendors come out each season to try selling at the Shipshewana outdoor flea market. These sellers have high hopes at the season's start about making a ton of money and growing their business. However, the next week, they've pulled out of the market. Read on to see why it happens. ... READ MORE

There’s always something exciting happening at Shipshewana. Browse our upcoming events, and book a room today so that you don’t miss out on your favorite event!

Be the first to be "in-the-know" on the latest news and special events taking place at Shipshewana Trading Place by signing up for our eNews.

Learn more about all of the great vendor opportunities at the Midwest's largest flea market and auction!